Tiny T1 – the smallest active mobile phone in the world

British company Clubit New Media has presented on the platform Kickstarter its new project Zanco Tiny T1. If she manages to raise the necessary funds, the smallest operating mobile phone in the world will appear on the market. According to the developers, the new gadget is focused, first of all, on athletes, for whom compactness is very important – runners, cyclists, extremals.

This is in the full sense of the word – a phone-baby. In length it is only 47 mm, which is commensurate with the half of the thumb. However, with its more than modest size, he is able to keep in memory up to 300 contacts, the last 50 calls and the same number of messages. The Tiny T1 has a nano-SIM slot and a 12.5 mm OLED display. In addition, the phone “obeys” 13 voice commands. The battery lasts for 3 days.

At the moment, the production of T1 has already raised 18,775 dollars from 304 investors. There is still a month to increase these investments to the planned 33.528 dollars. 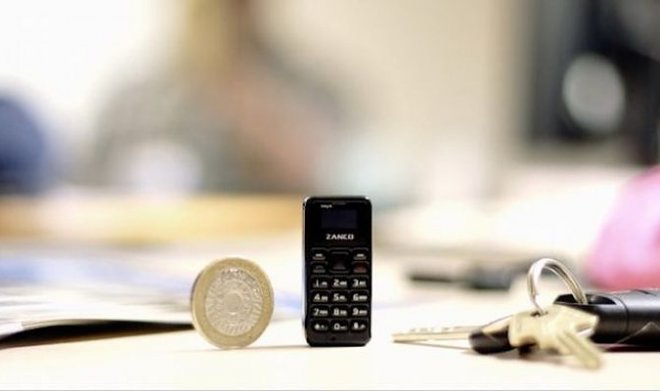 British scientists have presented their new development – a unique wireless keyboard . The novelty can easily pretend to be the thinnest keyboard in the world. Specialists Cambridge
read more