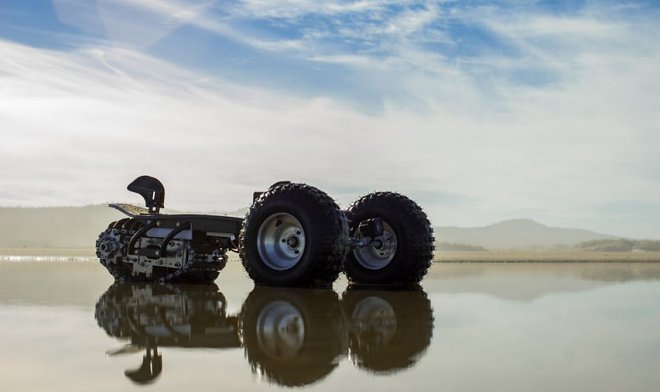 Flux Design Co. from Seattle launches a new type of vehicle for sale: the all-terrain off-road vehicle Track 1. The device does not know how to swim, but it’s easy to carry an adult in snow, sand, mud, gravel and other rough terrain. Plus, it looks like a futuristic rover to conquer other worlds.

The power plant of Track 1 is fully electric, the engine has a power of 5 hp, and the batteries for quick replacement are made quick-detachable. On one charge, according to the severity of the task, the car travels from 13 to 24 km. This combination of wheel-track machine is comparable in size with a trendy electric scooter, but he has such a pressure on the ground, as if standing on a large 76-inch wheels. And therefore does not fall into the mud. 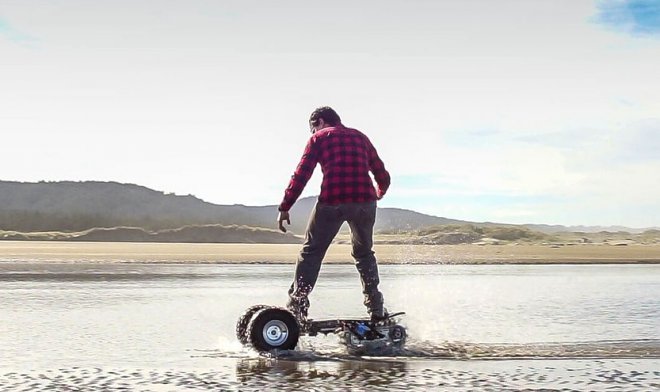 Track 1 remote control, but to enter the turns it is better to help the slopes of the body. Fortunately, it is provided for fastening the legs, and wide track allows you to brake sharply or to move down the slope without sliding. The developers say that he can overcome the 50-degree bias, but only with one passenger on board. 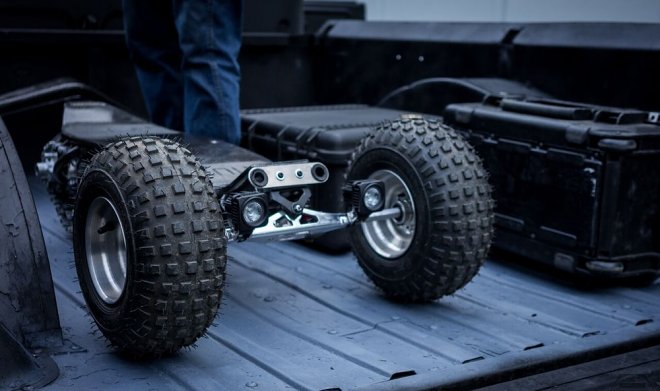 The elements of the Track 1 design consist of a patented combination of polymer and composite materials , there is no plastic, only carbon, Kevlar, chrome and carbon steel. The device can travel on wet sand, but it is better not to lower it into the water. However, this can be corrected in the future – the Track 1 design is modular, and now there is testing of various versions of its equipment. The declared price: $ 3,5 thousand for a copy. 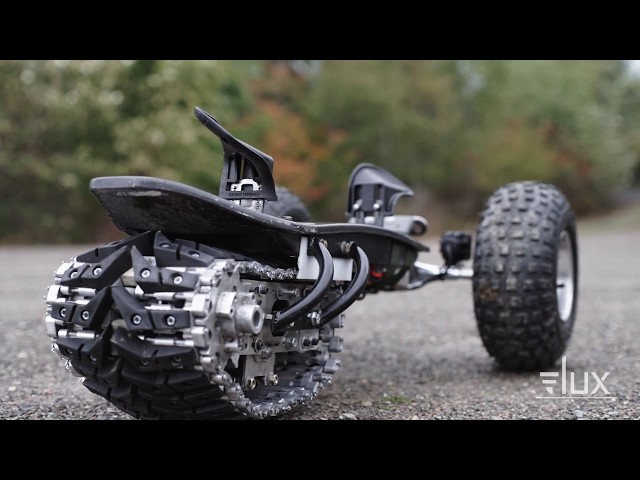 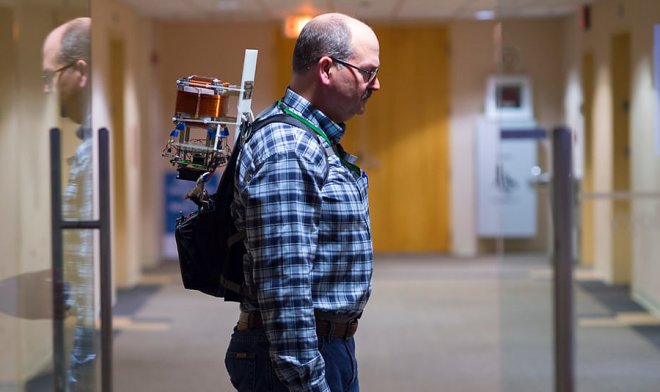 POINTER – a device designed for firefighters, rescuers, search robots and all those who are forced to delve into a confined space with an unknown and volatile topology. For example, a burning building with collapsing ceilings or the intricacies of pipelines, some of which are broken. Wherever vision, hearing, radio and GPS signals are useless.

The principle of operation of POINTER is based on the processing of quasi-static electromagnetic fields, which are full of shortcomings, as a tool for communication. But in contrast to radio waves, they are not shielded by the walls of buildings, do not lose power when passing through various materials and have a small range of action. That is, if a person with a POINTER set on his back enters a bunker or a skyscraper , the operator will encounter a minimum of interference, tracking his movement. 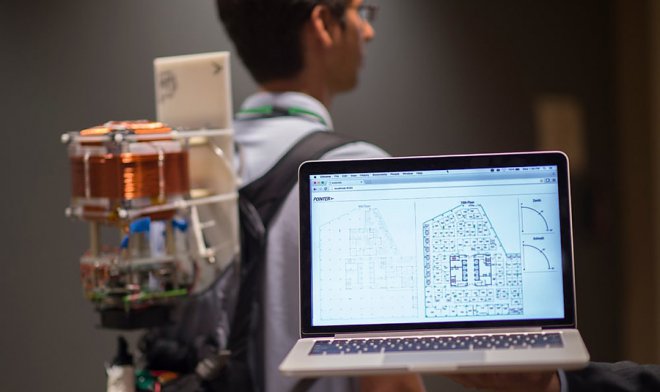 The merit of Dr. Darmindra’s group Arumugam is not in the idea of ​​curbing quasistatic electromagnetic fields, but in developing mathematical algorithms for analyzing their behavior. This is the most complicated layer of new technologies with attractive potential. For example, a small rate of signal change, in comparison with GPS, allows to fix not only the location of the object, but also the process of changing its orientation in space.

As a result, the group commander’s screen is not a point, but a complex image, from which one can understand whether a person is sitting or lying. And if he lay down, he crawls or stays in place. And make an indirect conclusion about his state of health in order to make the right decision. This technology is useful to the military, and physicians, and builders, and developers of space robots. And if NASA achieves the desired miniaturization and cheaper devices, we will get a whole new class of sensors of wide application.

The construction of giant stadiums for the World Cup costs billions of dollars, while many of them after the end of the events remain without
read more