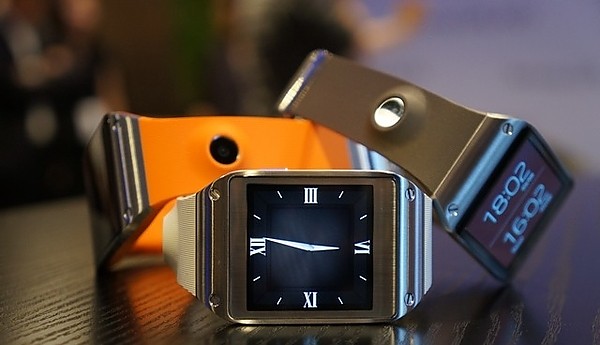 As planned, yesterday in Berlin, Samsung held a presentation event Unpacked Episode 2, which officially announced the first smart watch, rumors about which began to appear for a long time.

Technical characteristics of the novelty became known shortly before its announcement, but we will remind them once again. So, the smart watch, called the Samsung Galaxy Gear , comes with a 1.63-inch square touch screen with a working resolution of 320 x 320 pixels, 4 GB of internal memory, a 1.9-megapixel camera, as well as speakers and a microphone. Their “heart” was the processor with a clock frequency of 0.8 GHz and 512 MB of RAM.

Autonomous operation of the new smart-clock from the Korean manufacturer is provided by a built-in rechargeable battery with a capacity of 315 mAh.

Samsung Galaxy Gear is not an independent gadget, but only an addition to mobile devices. The watch is compatible with smartphones Samsung Galaxy S3, Galaxy S4, Galaxy Note II and Note 3, with a tablet Galaxy Note 10.1. The connection is via Bluetooth.

New watches will be on sale in Russia and in other countries of the world in the first days of October. For them, Russian users will have to shell out about 14-16 thousand rubles.