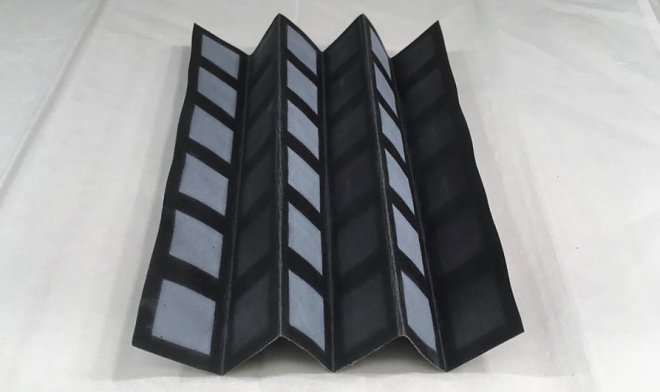 A team of researchers at Binghamton University (New York) has been developing paper fuel cells for years now, where specific bacteria perform the function of the electrolyte. After the original prototype of the folding battery, a more powerful version was created – in the form of a star ninja. Currently, the team is busy searching for a practical form based on a paper sheet, which can be folded in different configurations.

In the latter version of the device, instead of the deposited nickel cathode, a new original design was proposed-with a nitrate of silver deposited under a thin layer of wax. Water with bacteria, placed inside the reservoir from the conductive polymer, performs the function of the anode. The anode and the cathode are placed on opposite sides of the paper sheet. When they come into contact as a result of cellular respiration, microbes begin to produce electricity. 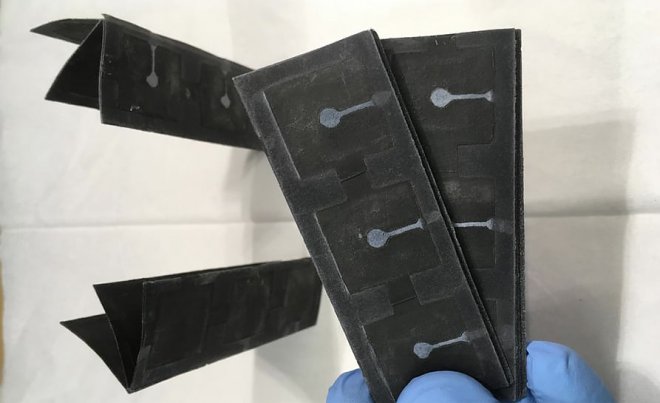 By stacking such sheets in different configurations, different power and current can be obtained. So, for example, 6 sheet batteries (variant 2 x 3) give out 31.51 μW / 125.53 μA, and already with the variant 6 × 6 – 44.85 μW / 105.89 μA. Of course, this is not enough for the smartphone, but for low-power biosensors, determining the level of sugar in the blood, it is enough.