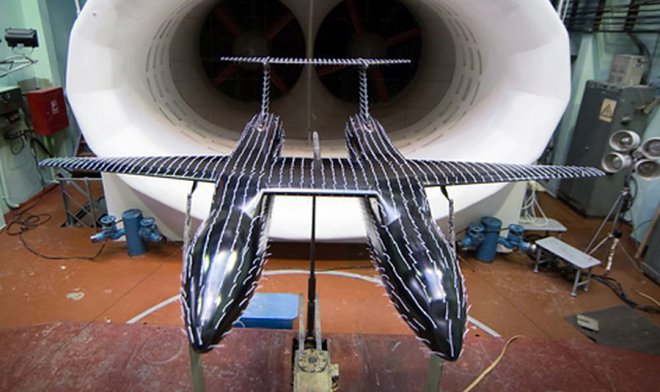 The authors of the unique Russian design are the engineers of the Central Aerohydrodynamic Institute named after Zhukovsky (TsAGI), where new test benches are currently being tested.

As studies show, planes with two fuselages are easier to take off, they have less bending moments of the wing than conventional ones, and in order to take off they cost less thrust. And they need only three engines, that is, one less.

The loading and unloading of the transport “two-body” will take less time, while the process itself becomes easier and more convenient. If earlier the transportation of the personnel and combat equipment of the landing units was carried out by different aircraft, now all this can be delivered to the landing area “in one bottle”.

There is also a civilian option for regional aviation of dual purpose. If necessary, he will be able to transport passengers (up to 50 people) or cargo (up to 6 tons), respectively, to 1500 and 1000 km.

To date, there are at least several technologies for ” storing ” atmospheric CO2. However, researchers at the Massachusetts Institute of Technology (MIT) went further. They have learned how
read more