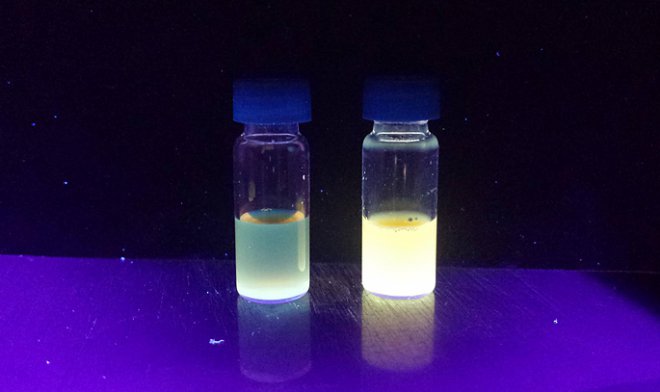 Not everyone knows that in addition to body art tattoos, there are medical tattoos. Doctors use them to indicate the place of treatment, in particular, the type of skin cancer – basal cell carcinoma. True, the ink used for this purpose causes some problems. Recently, researchers have created a special paint that glows in special lighting and after a few weeks disappears without a trace.

Patients with skin cancer are sometimes forced to wait for three months between a biopsy that analyzes their condition. In order to mark the skin area, which is subject to the next stage of treatment, carbon, graphite, mascara or fluorescent dye is usually used. In the future, to get rid of them had to resort to laser or surgical removal, which is an additional burden for the patient who underwent the operation.

A group of Chinese researchers, including Kai Chen, Gary Zhuang, Hsian-Rong Zeng, developed a safe version of the dye by cross-mixing fluorescent nanoparticles. In ordinary light, such particles are not visible, which allows to eliminate unwanted markings on the skin. But with a light with a wavelength of 460 nm, the pigment begins to glow. Experiments on mice have confirmed that nanotaping does not cause inflammation and completely disappears after three months.

Canadian start-up X-Matik presented its development – robotization module for conventional cars. It consists of controllers for the steering wheel and pedals, a camera and a
read more