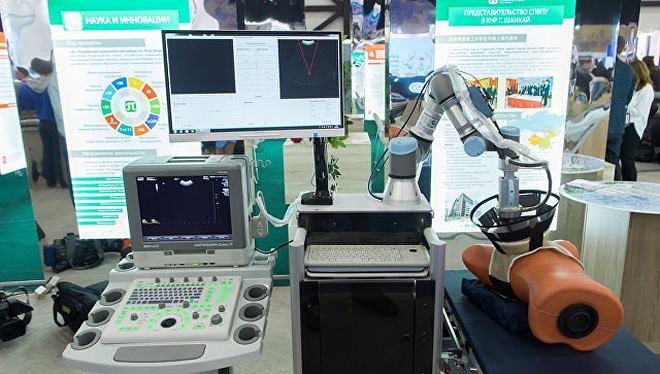 What the scientists of the St. Petersburg Polytechnic University have created can be called an ultrasonic scalpel. It allows a non-invasive way to remove malignant tumors in many internal organs in the early stages.

Russian development in its capabilities far exceeds existing foreign analogues. Those, as a rule, work in conjunction with MRI, which makes the procedure very expensive. The domestic ultrasound scalpel performs three functions at once: diagnostic, therapeutic and thermometric.

Initially, the device detects a tumor with a diagnostic scanner, after which a special power sensor emits narrow-directional ultrasonic signals that destroy malignant formation.

As explained by one of the leading experts-developers Alexander Berkovich, the Russian technology is unique and has no analogues. Scientists together with the Novosibirsk Instrument-Making Plant intend to arrange the production of plants in two years.

Scientists on a supercomputer modeled a 45-qubit quantum computing system